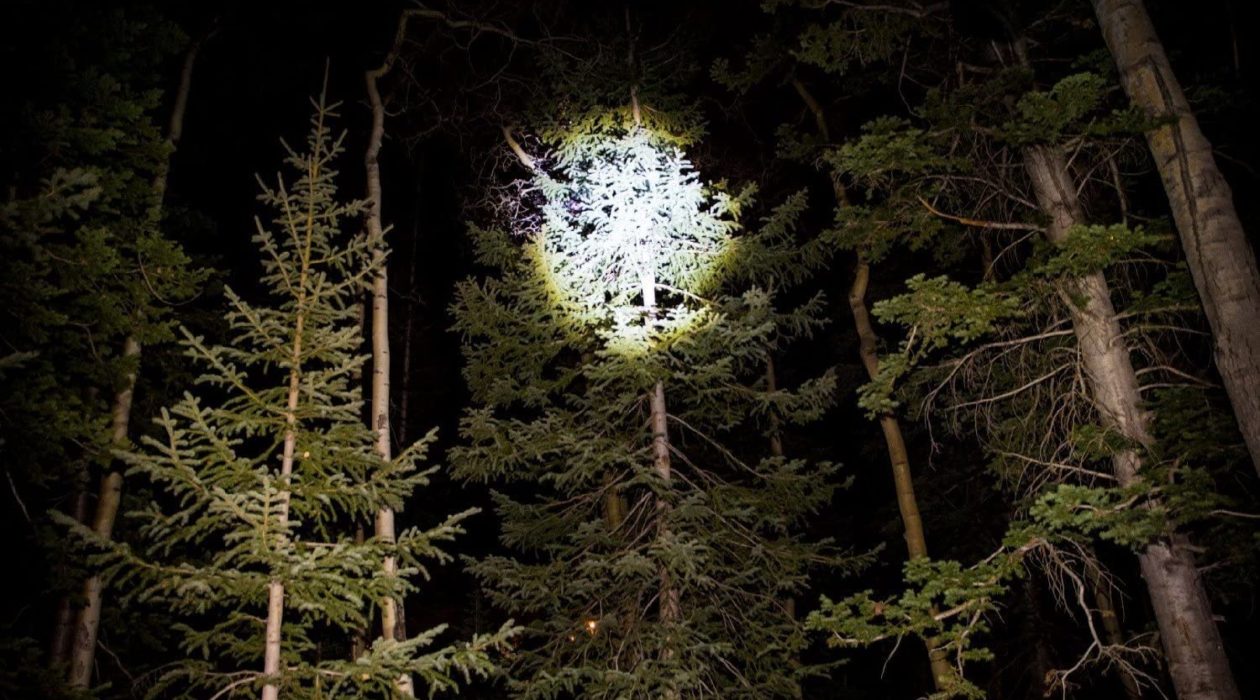 Whether you’re in the military, in the police force or just a paintballer or airsofter, a flashlight for your AR-15 is never a bad idea. I personally do not own any guns except a small Glock, which I never use anyway. I only have that gun in case of emergency, like if someone broke into my house and tried to kill me. But even though I am not a gun nut I still want to help you find a flashlight for your AR-15. Considerably the best rifle out there, and also one of the easiest to acquire and maintain.

Please note that a lot of flashlights that are designed for guns and rifles use different types of mounting, be sure to know the difference between picatinny and weaver rails.

The best flashlights for AR-15 rifles

Let’s now take a look at four of the best AR-15 rife flashlights on the market today. 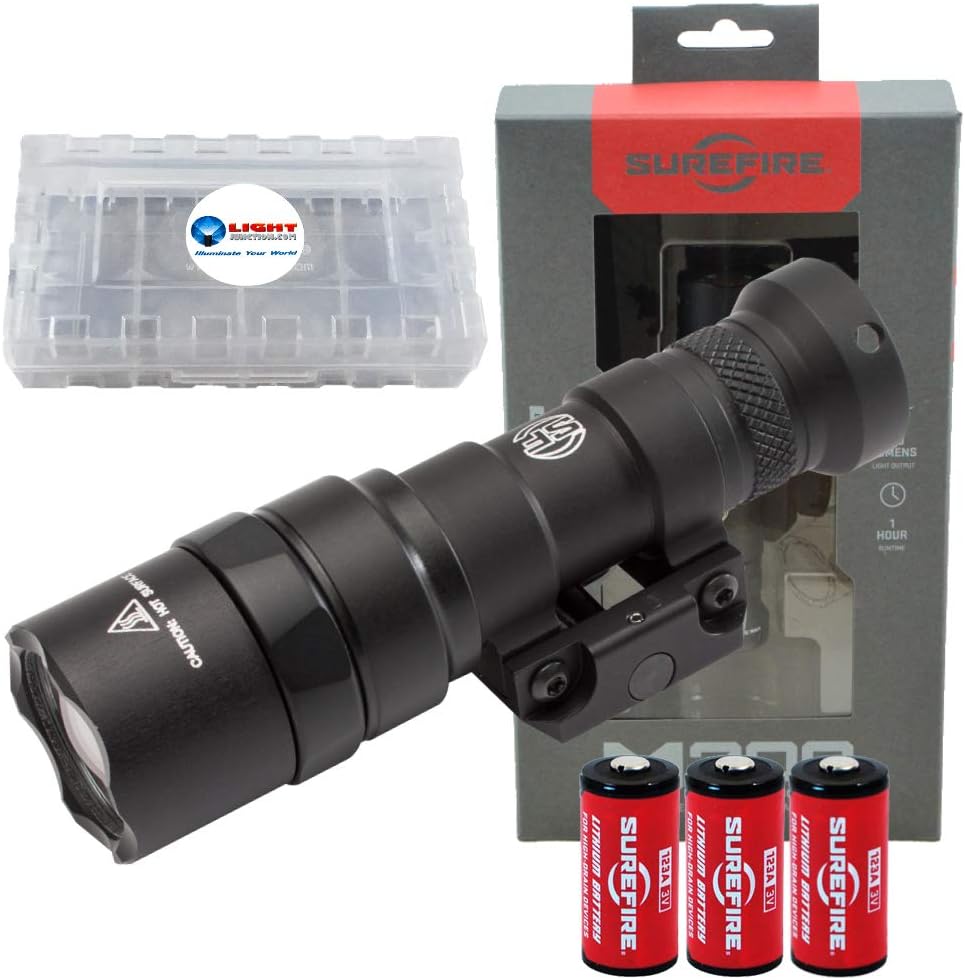 One of the best flashlights for AR-15

With over 500 very positive reviews on Amazon, this flashlight for AR-15 rifles is one of the best out there. It costs just over $200 and is well worth the price tag. It mounts really easily on both Glocks and AR-15s, though it tends to have a looser on some rifles. If you’re sticking to your average handguns and rifles you should be fine.

Even though this weapon flashlight is pretty small, it has a light output of 500 lumens, which is crazy good. Since the beam is very focused as well, you can use the flashlight for self-defense, temporarily blinding attackers. It mounts to universal and Picatinny rails, if your handgun doesn’t have any rails Surefire offers adapters so you too can enjoy the benefits of having a weapon mounted flashlight.

When it comes to durability you have nothing to be worried about, it constructed from the same kind of aluminum that spaceships are made from. Another huge positive aspect of Surefires weaponlight is the battery lifetime, it lasts a long time. In fact, most people have never even changed their batteries, even after months of use.

Surefire is a story of what can you do with light. The story starts back in 1969 when an inspiring engineer with a PHD that came from Cal Tech, decided that his future would evolve around lasers. This inspiring engineer is Dr. John Matthews, he created the Newport Corporation. Their mission was to harness the power of lasers and later incorporate them into industrial applications.

As the years passed by, Surefire developed more and more advanced laser sights, but also flashlights for firearms. They actually manufactured everything, ranging from laser sights and weapon mounted lights, to baton lights and shield lights. Most of Surefire lights are powerful enough to blind, disorient, and unbalance a threatening person. The sure fire also offers a good tactical flashlight for AR 15. It’s safe to say that the rise of Surefire changed how the military and law enforcement viewed their firearms. We can only thank Surefire so much, the weapon scene wouldn’t be the same without them.

Surefire also produces a long line of regular flashlights, with varying sizes and lumen. Most of their lights are powered by CR123A batteries, this makes them able to produce smaller and more compact flashlights, while at the same time having the same (or even higher) light output. Oh, did I mention they also produce headlamps and helmet lamps?

If you are looking for best tactical lights for AR 15 then the Surefire weaponlight is the best deal for you, hands down. 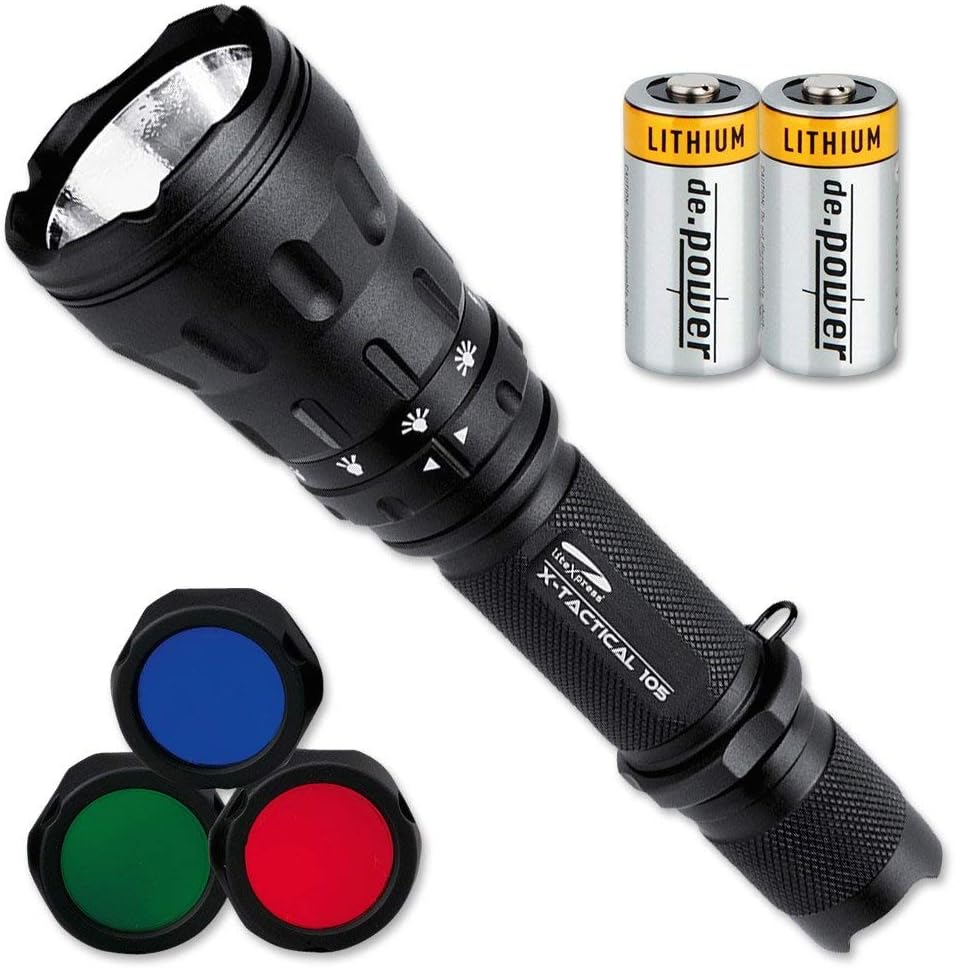 LiteXpress always believed that the only way to be a success in this field is by providing only the best components, that means each one of their products make use of high quality material for their flashlights. For this reason alone, liteXpress use only premium brand name LED lights from some of the most renowned and reputable manufacturers out there.

By purchasing the LXL448001B you’re actually purchasing a whole set. Along with the 550 lumen flashlight, you’ll get plenty of addons to make your AR-15 the ultimate weapon. Some of these addons include: three color lenses (red, green and blue), spare batteries, Picatinny rail mount for the torch and LiteXpress well known X-Fire remote pressure switch. Since mounting a tactical flashlight onto an AR-15 will put a lot of stress on the torch, LiteXpress offers a 5 years warranty in case something breaks. But that shouldn’t really be a worry since their flashlight is both water and impact resistant.

It sports four light modes: low, mid, high and max. If you have the flashlight on the lowest settings you’re looking at around 10 hours of battery life, on the highest it will only last you about 1 hour and 15 minutes.

All in all, LiteXpress gives you a sweet looking set for your AR-15, everything for under $100, that’s a bargain in my eyes. Because of the low price I easily consider this to be one of the best flashlights for AR-15 rifles. 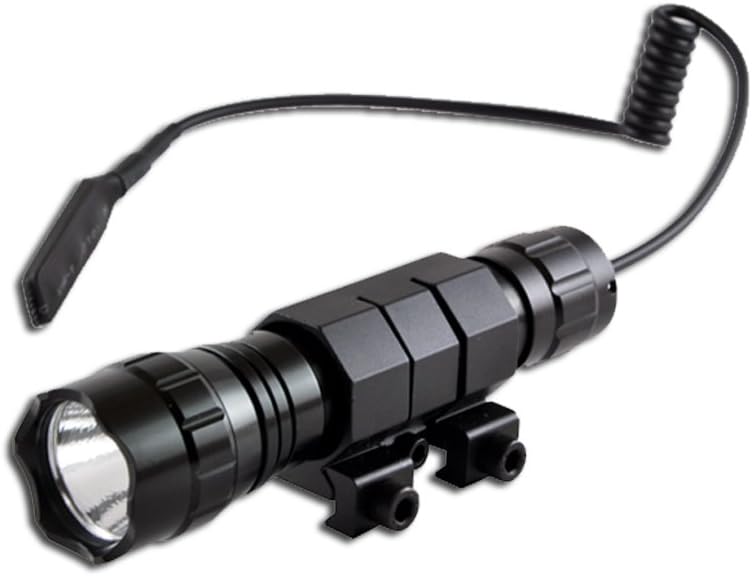 The Orion H40 is another great tactical flashlight for rifles and handguns. It comes with a rifle mount and a pressure switch, making easier to operate the light without altering the grip on your rifle.

It has a light output of 500 lumens, which is plenty strong but sadly there are not alternative modes. Having the light on full brightness at all times isn’t very optimal, it has a battery life of about 75 minutes. Thanks to the 500 lumens it can reach about 175 yards. You’ll find that the Orion H40 is the strongest in the middle, while giving some spill light to help your peripheral vision.

What’s pretty interesting about this weapon flashlight is the fact that it can use either one 18650 battery or two CR123A batteries. I always like it when products gives you choices, the more flexible a light is, the better.

The biggest downside to this light is the switch design, plenty of people have reported that the switch is subpar and will break after some time. For some users, it failed after a few weeks, for other it lasted them several years.

If you can ignore the downside this is a great flashlight for your AR-15 rifle, it gives plenty of light, it’s small and lightweight, and of course, has a great price tag. 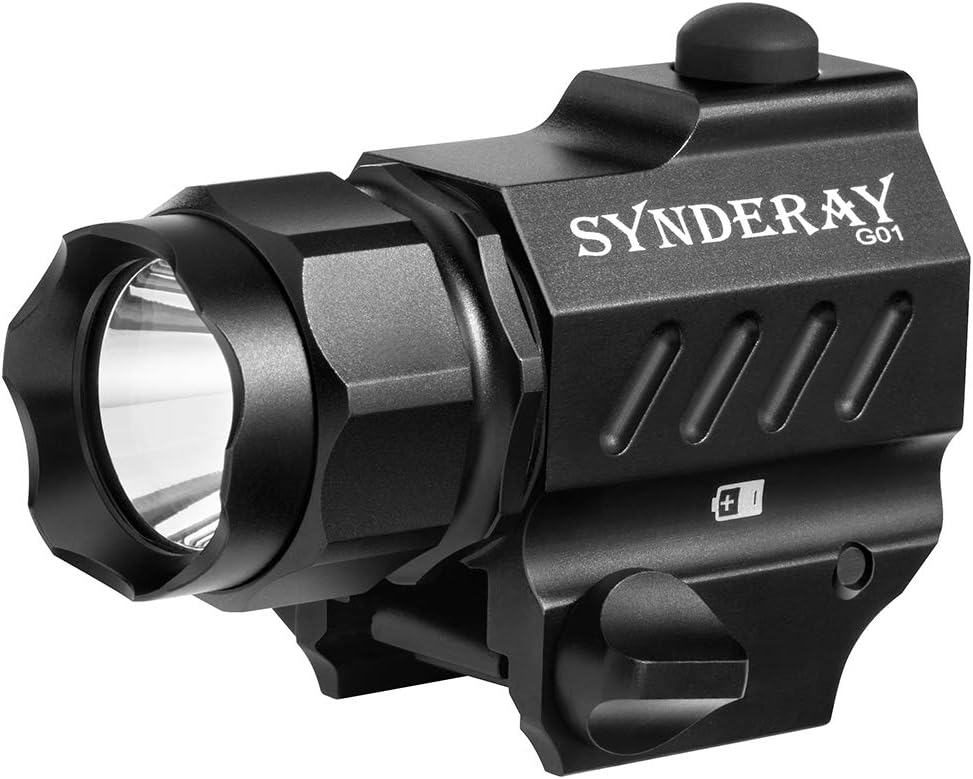 While this isn’t really a tactical flash for AR15 rifles, it can be mounted if you use Picatinny rails. It’s supposed to be mainly used for hand guns but loads of people have used this neat little weapon light on their rifles and shotguns. Just bare in mind that you might need to do some DIY-fixes after a while, using some Loctite will usually fix all problems.

This flashlight (alternatives flashlights) is the strongest one on our list, it can generate up to 600 lumens of white light. Pretty impressive considering it’s also the cheapest one out there. Thanks to the reflector inside the lens you’ll be able to focus your beam to reach those long distances, while at the same time illuminating your peripheral vision.

There’s really nothing much more to say, the light gives you some tremendous value for your money, especially if you’re looking for cheap flashlight for your AR-15. While it might not be the perfect fit for a lot of rifles, you can easily fix this with some Loctite. 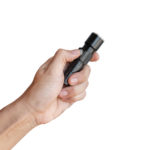 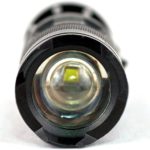