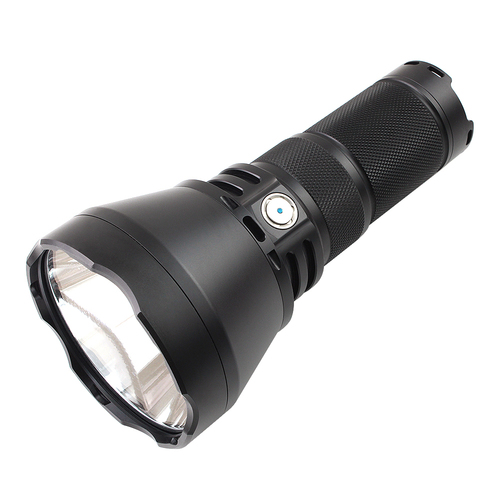 So you’re probably reading this in hopes of finding the highest lumen flashlight, right? Well look no further, I am about to show you one of the best hidden secrets of all time. As a seasoned flashlight veteran, I know what works and what doesn’t. So trust me when I say this, I have found the highest lumen flashlight available today. It’s been quite a journey, but from my tests, this is the one that excels in all areas.

The Acebeam X60M shines a massive 10,000 lumens and is one of the highest lumen flashlights available.

Flashlights are a critical gear which is often thought to be useful only at night – but that is not true. Remember when you were looking for something that fell off behind a cabinet that placed against a wall? Or when you dropped your keys in the darkness of the movie theater? Or when you were trying to plug a cable into the back of your CPU but were having some difficulty because it was too dark to see? These things don’t necessarily happen at night, but you would still need the help of something that will illuminate the area to see. You could try to make it with your phone’s torchlight if there is. Sometimes, you just don’t realize that there’s a better option than settling for your phone’s poor light – a flashlight. And basically, that’s what a torch is made for – to help you see when it’s too dark to be able to do so.

So if you’re thinking of buying yourself a flashlight, then that’s excellent and I applaud you for your decision. There are already a lot of flashlights available for purchase in many shops nowadays. But like many things, flashlights also have plenty of variations. And each variety is made for a different purpose. Some flashlights are made for necessary personal use – like around the house or one that you carry around in your backpack in case you’ll need some light. These kinds of flashlights have a weaker light, but just enough for what you intend to use it for. There are also flashlights which are used in situations where broad, bright light is required. For example, when you go camping and arrive late at the area, you surely would need a flashlight that could light up a big space for you to set up your tents. It’s in these cases when you need to buy yourself a flashlight with a high lumen. 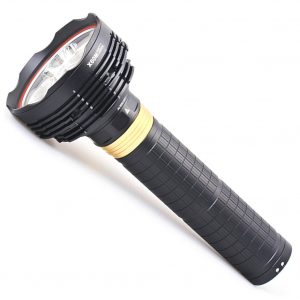 One such torch is the iGB 18650 Flashlights Acebeam X60M 3 x CREE MT-G2 Q0 1000LM 5000K LED Flashlight. This product is the highest lumen flashlight on the market nowadays. Being rated at 10,000 lumens, it is also considered as the strongest light. The product’s other features are enumerated in this brightest flashlights review.

Even though it’s rated at 10,000 lumens, a lot of users (including me) have noticed that the rating is exaggerated. When measuring the light output it seems like it is somewhere around 7,500 lumens instead. With that said, it’s still an enormous amount of power, I am in no way disappointed. I’ve been using this flashlight for over a year now when I go camping and it’s been nothing but enjoyment for me. If you’re looking for the highest lumen flashlight that money can buy, look no further because you’ve found it.

These are arguably the best and brightest flashlight on the market; it could easily make midnight look like it is noon. It also has a wide area coverage which will make putting up your tents in the darkness of the night so much easier. The Acebeam X60M rated at 10,000 lumens, which is really bright. A 350-lumen flashlight is already bright enough to blind a person for a couple of seconds. Imagine how a 10000-lumen light would be. That is more than 28 times the brightness of 350 lumens. It has a broad and long distance coverage. You can only hang it on a tree branch, and it will light every single square foot of a one-half acre campsite – perfect for you to conveniently put up your tents if you arrive late at your camping site. You wouldn’t have to carry it around or relocate it to another position to see the rest of the area.

Customers have rated the Acebeam X60M with a 4 out of 5 scores. Given that, it is easy to say that this product gives its users a satisfying experience considering it’s the highest lumen flashlight. However, if you are still undecided as to whether you would buy this product or not, here are the pros and cons laid out for you to weigh in on. 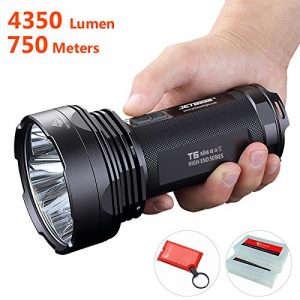 I know how the internet works. Someone will complain that my favorite light is in fact not the highest lumen flashlight, someone else will complain about the price and lastly but not least, someone will complain about the lack of choices. So here you go, I present to you, two more alternatives! The first is is the Jetbeam T6, it’s not as strong as the Acebeam but it still packs quite a punch. Rated at 4350 lumens it’s still one of the highest lumen flashlights you can buy today. 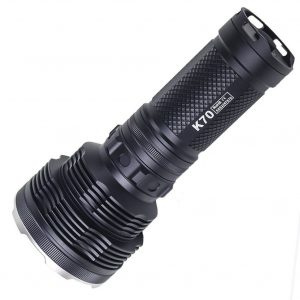 My last and final advice for the people that are looking for the highest lumen flashlight is the Acebeam K70. Slightly weaker than the previous flashlight with its 2600 lumens it’s still above the average torch when it comes to lumen output.

Flashlights are useful devices which are not only used for your personal endeavors but even in situations which are highly significant and even dangerous. Working in the dark in whatever situation is unquestionably difficult. Therefore, a flashlight – especially one of the best high powered flashlights – should be on everyone’s shopping list. 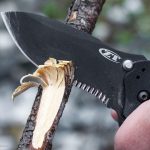 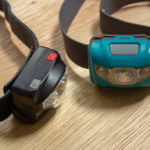